Palestine was named for Palestine, Illinois, by preacher Daniel Parker. Another source says that it was named by migrant Micham Main for the same hometown.

Palestine is a relatively small town located in the Piney Woods, equidistant from the major cities of Dallas, and Houston, Texas, and Shreveport, Louisiana. It is notable for its natural environment, including the dogwood floral blooming season, for having 23 historical sites on the National Register of Historic Places, and as the western terminus of the Texas State Railroad. This steam-and-diesel railroad museum operates tourist trains between Palestine and Rusk. A trading post was established here about 1843 and some settlers gathered around it.[7] In 1846, the Texas Legislature created Palestine to serve as a seat for the newly established Anderson County. James R. Fulton, Johnston Shelton, and William Bigelow were hired by the first Anderson County commissioners to survey the surrounding land and lay out a town site, consisting of a central courthouse square and the surrounding 24 blocks.

During the Reconstruction era, the town's growth was stimulated and timber trade was stimulated when the railroad was constructed through here in the 1870s. It had a population of more than 10,000 by 1898.

The Dilley Building is a Two-Part Commercial Block building located at 401 W. Main Street in Palestine’s central business district. Fronting south, the 2-story brick building has a rectangular plan and load-bearing masonry walls. Architectural embellishment is characteristic of the Victorian Italianate style, as evidenced by the elaborately detailed parapet on the façade and the segmental-arched hoodmolds on the second floors of the south and east elevations. It is very strongly suspected that it was designed by the prominent architect Nicholas J. Clayton, but this has not been conclusively proven. The building was constructed in 1882 for George Edward Dilley, a prominent citizen of Palestine. The sophistication of its design and the sturdiness of its construction reflect both the type of buildings that were erected in the late 19th century Palestine, and also the wealth and prosperity enjoyed by the Dilley family. George Edward Dilley (G.E.) (1858-1932) was a prominent citizen of Palestine during the late 19th century. He came to the city in 1873 when his father, George Mansfield (G.M.) Dilley, relocated his family from Shelbyville, Illinois. His father was a highly successful railroad-building contractor who amassed a fortune constructing various railroad lines, including the important Houston & Great Northern (incorporated into the Missouri Pacific) line between Houston and St. Louis, built in the 1870’s. Both Dilley’s were partners in the successful George M. Dilley & Son Foundry – an industrial enterprise located nearby (at 601 S. May) which made gray iron and brass castings for the railroad. The G.E. Dilley Building was never associated with the Dilley Foundry itself. Metal work on the building appears to have come from the Pullman Foundry. The building has housed a variety of businesses, but it is speculated that the earliest occupant was a shoe and boot store, By 1891, the building housed the post office and by 1896, a music store had begin operations. It remained there into the 1920’s, while at the same time a music school operated upstairs. By about 1900, a printing shop was located to the rear of the building. For many years, the main part of the building remained vacant. In 1993, a restoration project began that ultimately wasn’t finished until 2006 when the Palestine Chamber of Congress moved in. It has been listed on the National Register of Historic Places. 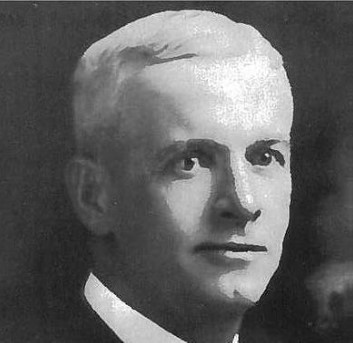 In 1938, two friends shared a casual cup of coffee and from that one of the premier East Texas tourism events was born.

According to the Palestine Herald-Press July 4, 1976 edition, in the spring of 1938, Charles W. Wooldridge, power company manager, and Eugene Fish, bank president, met for coffee and their discussion led to the unusual and unique beauty of the dogwood trees in the area. The two businessmen then agreed that Palestine should have a dogwood trail. Wooldridge knew the idea had legs and ran with it to the newspaper that same day. He suggested inviting out-of-towners to visit and view Palestine’s natural abundance.

An article was carried in a few Texas newspapers and brought over 20,000 visitors that first year. The attendance doubled the second year, and the premier East Texas event had taken off Those first years the trails were rough; routed over uncovered country roads and anywhere that sightseers could see the dazzling dogwoods. Red dust and mud coupled with the unpredictable Texas spring weather convinced trail sponsors that something would have to be done. Soon they discovered an exceptional plot of dogwood trees on hilly land just north of Palestine. Local land owners E.W. and H.R. Link gave the group access to the land so that proper trails could be built. The first trails were cut crudely; volunteers plowed through underbrush with their cars, then followed behind with axes and hoes. Gullies were filled with dirt shoveled by hand and hauled on borrowed trucks. With that, the Texas Dogwood Trails was routed through the woods, where visitors could enjoy the dogwood trees in a completely natural setting for the first time, in 1941. During World War II, although not in operation due to gasoline rationing and a federal plea against unnecessary travel, the trails permanency was assured thanks to local oil man, M.A. Davey. The nature-loving benefactor purchased the large central piece of land over which the trails were routed and gave it to Anderson County specifically for a public park. Over the decades, the Texas Dogwood Trails Celebration has continued to draw thousands of nature lovers and tourists to the Palestine area each spring where businesses and locals wait with open doors and open arms. For several weeks every year, this event highlights the unadulterated natural beauty of Davey Dogwood Park and the Dogwood Trails.

The International Railroad and the Houston and Great Northern Railroad met in Palestine in 1872 and merged in 1873 to become the International and Great Northern Railroad (IGN). The IGN later became part of the Missouri Pacific Railroad, then ultimately Union Pacific Railroad. In 1875, IGN President H.M. Hoxie moved to Palestine and built the first Victorian mansion there. Successful merchant owners and railroad executives built other elaborate homes along South Sycamore Street.

The IGN built a major depot in 1892 and a modern passenger coach shop in 1902, making Palestine an important locomotive and coach location. These shops remained in operation until 1954. At that time the present facility was built exclusively for freight car repair. Today, the Palestine Car Shop is one of only two car shops on the Union Pacific Railroad that perform major modifications and repairs to freight cars. The Palestine UP workforce has more than 100 employees.

After the Rusk Penitentiary was completed near the city of Rusk, convict labor was used to build the railroad. It originally transported raw materials to the iron smelter located at the Rusk Penitentiary. In 1906, the line reached Maydelle, and by 1909, the line was completed when it reached Palestine. Regularly scheduled train service ceased in 1921. The line was leased to various railroad companies until 1969, when they abandoned it during national restructuring. The Texas Legislature adapted the railroad as a state park in 1972, to be devoted to operating trains that showed some of the state's railroad history.

The Texas State Railroad is a state park that allows visitors to ride trains pulled by diesel and steam locomotives between the park's Victorian-style depots and through the forests of East Texas. This short railroad line dates to 1883.

In 1914 the county's fifth courthouse was completed, which is still standing and in use. One of the many historical sites is Sacred Heart Church which was designed by Nicholas J. Clayton.

In 1928 oil was discovered at Boggy Creek, east of Palestine, which added to and diversified the town's economy. Palestine became a center for oil-well servicing and supplies in support of other producing fields found later elsewhere in Anderson County

Construction of the earth-filled Blackburn Crossing Dam on the Upper Neches River, creating Lake Palestine as a reliable source of water, was begun in 1960, and completed in 1962. It was enlarged from 1969 to 1972 to 75 feet high, and 5,720 feet long

The Legend of the Dogwood

As legend has it, the cross on which Jesus was crucified was made from a dogwood tree. God decreed that the dogwood tree would from that day forth never grow large enough to be used to make a cross. Thus, the dogwood tree is a small, under story tree. 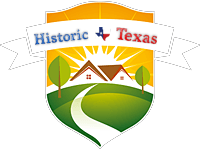 For a great article on Palestine and its history please click the icon.

In Jesus time, the dogwood grew
To a stately size and a lovely hue.

'Twas strong & firm it's branches interwoven
For the cross of Christ its timbers were chosen.

Seeing the distress at this use of their wood
Christ made a promise which still holds good:

Slender & twisted, it shall be
With blossoms like the cross for all to see.

As blood stains the petals marked in brown
The blossom's center wears a thorny crown.

All who see it will remember me
Crucified on a cross from the dogwood tree.

Cherished and protected this tree shall be
A reminder to all of my agony." 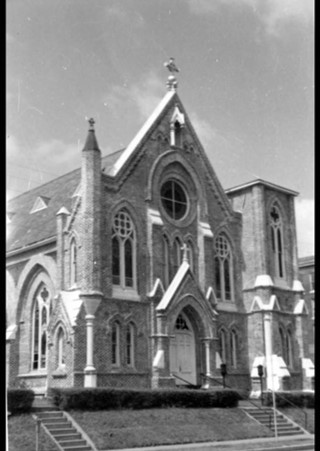 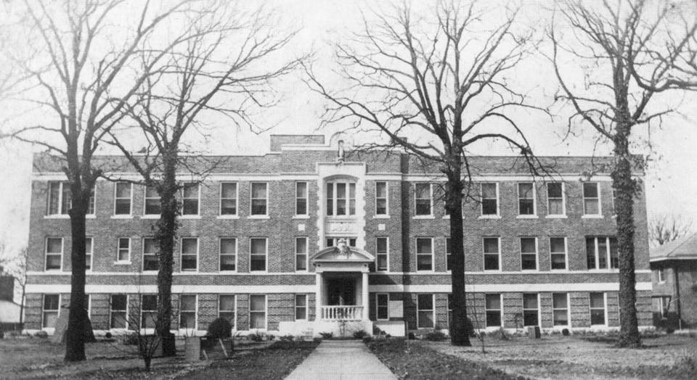 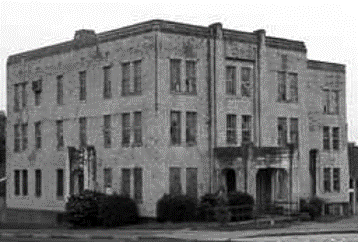 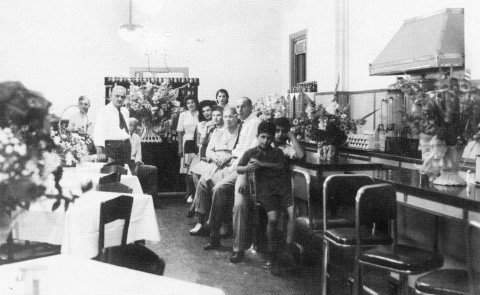 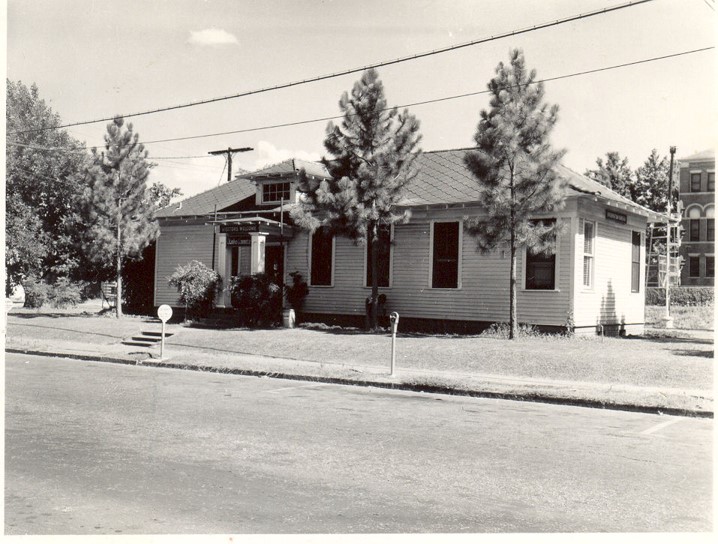 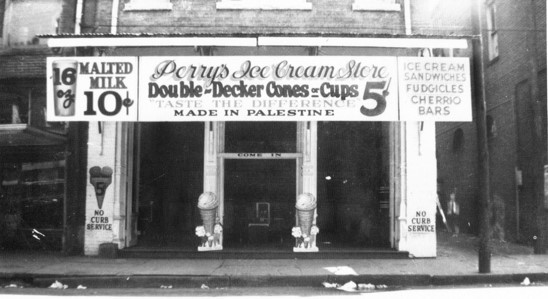 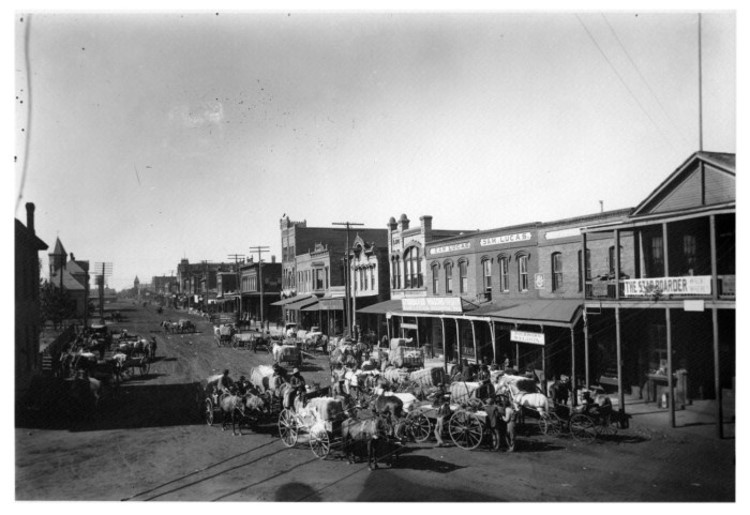 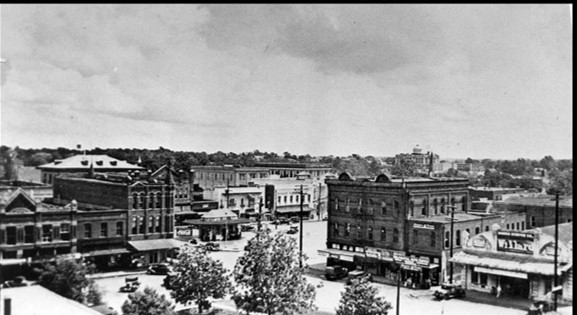 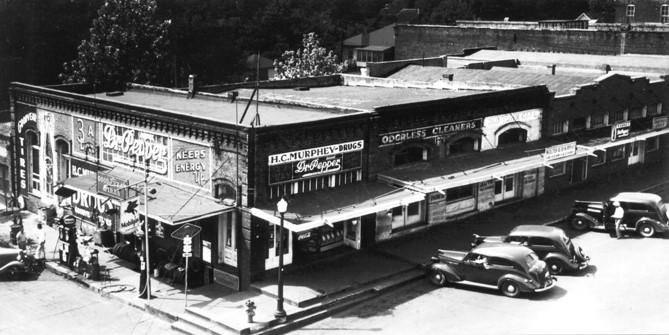 Church street along the Courthouse square